On the occasion of Jean-Pierre and Luc Dardenne’s new film Two Days, One Night premiering at Cannes, I present my interview with them from October 2011, when they came to New York City to promote the New York Film Festival screening of The Kid With A Bike.

I worry that in the eyes of some, the Dardennes suffer from being too good at their art; each of their films is probably among the greatest works of any given year, and yet, too often, the brothers’ style is considered against itself, and individual films suffer in contemporary thought as being alike, or of being various degrees of “Dardenne.” Sometimes, perhaps, it is hard to understand greatness in its living context, but for me, they are among the all-time greatest of filmmakers.

I hoped this conversation illuminates much of what makes all of their work so powerful, and while it was conducted in conjunction with The Kid With A Bike, I believe it has much to say about all of their work.

This interview has never been published and runs here in its entirety.

BRM: I want to start by asking you about one of the most striking techniques in your films, the way in you hew so closely to your characters with the camera and how their physical experiences drive your films; they way they move through the frame, the way your characters always seem to be in motion. Can you discuss this movement as a way of expressing interiority?

Jean-Pierre Dardenne: The camera in this film (The Kid With A Bike) is a little further away, but we like to film our characters in movement– looking for something, moving toward something– because our characters are always obsessed with something. In this case, it is about finding his father and receiving his father’s love. So, in filming their movements, we hope it will be a catalyst for their interior movement and consequently, for how the viewer understands them. Even if I know that, in a movie, you can film someone who is sleeping for twenty four hours, that’s not our path.

Luc Dardenne: They don’t act without thinking, they just think fast. In this film, Cyril understands very quickly that if he wants to see his father and he can’t leave the orphanage, he has to flee the school to get what he wants. Our characters are people who are in dire circumstances and want to escape from something, so they are searching and they understand immediately that they need to escape from a situation; so, they just get to work on it. They are characters where there is no room, they’re looking for space; they’re suffocating and they’re looking for a space to breathe. When they find that breathing room, we leave them alone for a while and let them slow down.

BRM: Perhaps this is why the betrayal— which seems to happen in all of your films, maybe not in The Son, but in most, this great moment of betrayal— is so devastating to your characters? They finally find this moment to breathe and often, it is the moment when everything is destroyed.

Luc Dardenne: Precisely. In order to have space, they are forced into a position to experience betrayal. They are ready to risk almost anything to have space, and consequently, to betray others or to find themselves betrayed. It’s true that in The Son, the boy already has this space; he has already killed the other boy, but he wants to stay there in this space. He wants to stay there and he doesn’t want to move. But that’s not the case with Lorna or Rosetta, unfortunately. 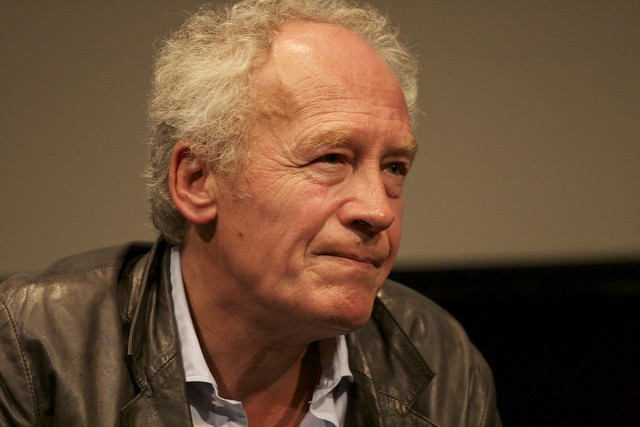 Jean-Pierre Dardenne (photo by me)

Jean-Pierre Dardenne: We didn’t really decide on this ourselves, but what you’re saying is true. I think it is because we grew up in this milieu; we’ve spent our lives in this environment where manual labor is very important. And even your schedule revolves around work. In film, you can’t film the inside of a person, so we gamble that by filming movement of our characters, that we’ll be able to understand them.

Luc Dardenne: At the same time, vacation or escaping work is important for fiction. Like in Hitchcock, when the character is rid of daily obligations like work or family or whatever, that is the moment when unexpected things begin to happen. We’re available for a thriller if anyone wants us to make one…(*laughs*). But no, our characters are available for these unexpected things. Like Rosetta, she loses her work at the beginning of the story and so she is forced to be on “vacation” and it opens up the film to what is possible.

BRM: You hinted at this, but how does Seraing specifically influence this perspective? The city itself seems to contribute to this feeling in your films.

Jean-Pierre Dardenne: It’s true that this region where we grew up and where we situate most of our films is an industrial area, so people’s lives are driven by industry. In the 1970’s, it started to fall apart, and that’s when we started to see young people pop up, like kids who have seen their father abandon them like Cyril, or like Rosetta, who is 16, 17 years old and feels she has no future. When the factories shut down, the structure of these people’s lives was altered and they crumbled.

BRM: On a personal level, did you feel the impact of this yourselves?

Jean-Pierre Dardenne: Not us, but our father’s life was impacted; he lost his job.

BRM: Another one of the major themes, as I see it, in your films, is this idea of transcendence. I don’t mean spiritually necessarily, but—

Luc Dardenne: It’s not transcending, it is immediate change. It is not spiritual, it’s human. When human beings help once another, you may call it transcendent, but hopefully it is a moment when people find their humanity again. It is a normal, primal behavior. And that’s what we try to film. It’s people who are locked in their solitude, who are alone, and at some point it becomes a question of when will they find a hand that will pull them out of their isolation and toward their humanity? 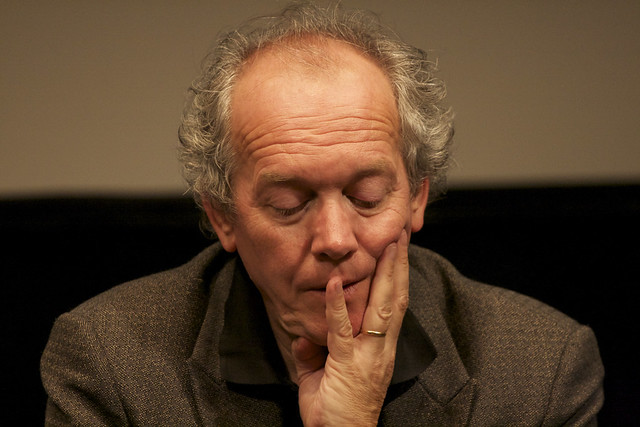 Luc Dardenne (photo by me)

BRM: How do you feel the viewer experiences this? Not the character, but the audience…

Jean-Pierre Dardenne: Unfortunately, we are never going to be able to be viewers of our own films. When a film is finished, it doesn’t belong to us anymore. It belongs to the audience.

Luc Dardenne: In terms of The Kid With A Bike, we hope that the viewer will be moved by the story. It is amazing what happens, and we want the viewer to be touched by it. It’s incredible what Samantha (Cécile De France’s character) does. You walk out and you think “Wow, what this woman did… I can’t believe it, but she did it.” We had a writer who sent us a letter and he said “Samantha is a person that nearly doesn’t exist, but thing is to meet her…” So, the viewer can meet her through the film.

The Kid With A Bike

BRM: Do you hope to inspire the humanity of intervention in your films? I am sure they are not a call to action, per se, but perhaps an inspiration to help others?

Jean-Pierre Dardenne: I think that each films— well, maybe not each film, but many films— can affect the viewer, can change something in the viewer. The viewer can discover things that he thought he knew but actually did not know. Movies are like that. Cinema is a form of beauty, and it inspires a reaction because the viewer is confronted by that form of beauty. It can be a landscape, a gesture, a face. A little example: we saw a friend a few weeks ago who told us that he had met a young woman, and the woman told him her life had changed after she saw Rosetta. She said, “I saw the film by chance, but I was just like Rosetta.” In her real life, she was like the character. And when she saw the film, she realized she had to push herself out of this life she was living. That’s a good thing.

BRM: Can I ask how you work together, about the division of labor—

BRM: What is you process for settling your own disagreements? Do you have them?

BRM: The issue of influences comes up all the time with your work— obviously, Bresson gets mentioned all the time— but in the case of The Kid With A Bike, De Sica or Truffaut… How do you feel about people bring up influences in your work?

Jean-Pierre Dardenne: Yeah. We don’t reject it, because we’re made up of the art we know— the films we’ve seen, the books we’ve read. But it is true that when I’m feeling a little bit lost and I’m thinking about how we should do a scene— this way or that way— that Rossellini’s films come back to me because there is always something—

Luc Dardenne:— as a spectator, when you’re seeing Rossellini’s films, you get the feeling that things are always clear and evident—

Jean-Pierre Dardenne: —and that comes back to me when I am feeling a little lost. And so, I say that’s what has to guide me. I have to give life to that clarity.

BRM: Last question… Cinema is changing rapidly here in the USA, especially with video on demand services. It is likely that more people will see this film on a television than will likely see it in a cinema. What are your thoughts on this change?

Luc Dardenne: It’s true that everything is changing really fast with satellite downloads of films into cinemas and video on demand, but I think that film remains linked to the theater and the big screen. And in fact, we’re going to open, with the support of the government, four new movie theaters in Brussels. You can be touched by films that are outside of the theater; just before coming to the US, I watched PIalat’s Loulou on DVD and I saw it on a nice sized HDTV and the following day, I watched it on the big screen and the experience was totally different. There’s a point in the movie when you Depardieu is walking down a dark street, and there’s very little light and you can’t really see him at all. Well, in the DVD, it all melted together, there are flickers here and there, but you really can’t see it. You need to see it on the big screen.